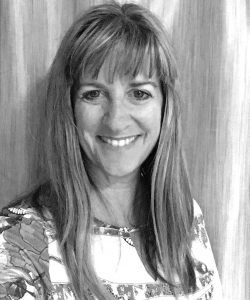 Cidney Swanson has always had a thing for words. At an early age, she knew she’d be a writer. Her dad taught literature, and her mom made sure she and her sister had library books. Her parents took the sisters to see Shakespeare plays as well, and as a seven-year-old, Cidney interrupted the actors performing The Merchant of Venice when one of them lied to another in Elizabethan English. Cidney recalls seeing the actors onstage breaking into choked laughter when she called out, “You liar!” No one mentioned to her that Shakespeare was difficult to understand, so she simply followed along, commenting when she couldn’t stand the fibbery anymore.

By the time she turned nine, Cidney read and wrote stories constantly. She found Louisa May Alcott’s Little Women and became convinced the author had modeled her character “Jo March” after her. As a teen, she fell hard for fantasy and science fiction and soon wrote her futuristic tales in Tolkien’s Elven script. (Which also came in handy for hiding journal entries from her sister.)

Cidney traveled with her teacher-parents every summer, driving through Alaska, Canada, Mexico, and a dozen European countries by the time she reached high school age. She was able to travel abroad three out of her four years in college as well, adding Israel and Eastern Europe to her list. 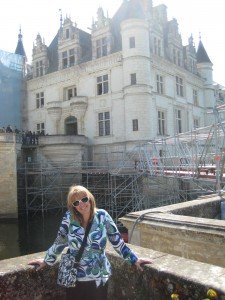 Through her twenties, and into her thirties—which she describes as her “decade of giving birth”—Cidney journaled, wrote poems and essays, and started novels that were never finished in between chasing chickens and changing diapers. She also started two successful businesses and home-schooled her kids with her husband’s help. She describes those as great years for taking in life, an activity she highly recommends for any aspiring writer.

Cidney lives with her husband and assorted animals and kids in Oregon where she writes full-time, planning her next novel and her next international adventure with equal enthusiasm. She no longer, however, interrupts theatrical performances. Even if someone’s lying.

What was your journey as a writer?
I absolutely love words. I find them endlessly fascinating, the way you can move them around on a page like they are so much furniture. Each movement casts everything in a different light. (Revision is my favorite part of writing.) Anyway, although I always knew I’d be a writer, it took me a long time to be in a place where I could write full-time. There were long stretches where I wrote fiendishly and then equally long stretches where I only penned the occasional poem because my life was too full to fit in much more. (Poems are great for teaching you how much weight a single word can pull!)

Like many authors, I wrote the first few chapters of a handful of novels before I found a story that really cried out, “Finish me!” At that point, I began doing writer-ly activities like participating in critique groups, reading books about writing, attending writing conferences, and, eventually, querying my first completed manuscript to agents and editors. I received many requests for full manuscripts, but no one felt Rippler was quite right for them.

All of those activities (when combined with liberal amounts of writing) were valuable. However, the most valuable were the rejection letters. I’ll always be grateful to the agents (and one editor) who took time I’m sure they didn’t really have to tell me where my writing could be improved. It was like having little nuggets of gold slipped to me via email. I’m not saying the rejections made me smile at the time, but the advice was phenomenal.

I chose to self-publish my first novel, feeling pretty certain I could find readers for my tale of a girl who turns invisible. I don’t mind managing a business (which is what being a successful author amounts to nowadays). I don’t rule out the possibility of querying a manuscript again, some day. The occasional antagonism between the traditionally- and independently-published baffles me, honestly. I think there are great reasons to go either route, and while it wouldn’t be the right decision for everyone, self-publishing has been a great choice for me.

How did you come to write your first novel?
Hmm. As you can probably tell if you’ve seen my author bio, when I was a teen, I wanted to be J.R.R. Tolkien. And he started The Hobbit by writing down its first sentence. But it turns out I’m more like his friend C.S.Lewis. In one small way, lol! Lewis’s inspiration for the world of Narnia came from a scene he pictured (of a faun, in a snowy wood, carrying a parcel.) My inspiration for the first book I wrote, Rippler, came from a clear image I saw in my head (of a girl beside a river who disappeared and didn’t realize it.)

I’ve always loved the idea of invisibility—Bilbo’s ring, Harry’s cloak, and some character I can’t remember from the Oz series. I didn’t plan for Rippler to become a series. At first, I just wanted answers to questions: “Why did this girl turn invisible?” and “Why didn’t she notice that she turned invisible?” But as I answered these questions (by writing the book), I realized there would be more than one book, especially after the creepy back story with Nazi experiments emerged.

Do you have any writing habits you’re willing to share?
I write first thing in the morning when my inner editor is still asleep. That way, I’m not awake enough to consider whether something is a brilliant or ridiculous idea. This means lots of re-writing down the road, but I adore revision and edits. (Which might be considered unusual, but there it is—I love revising.)

A funny habit I have during one of my (several) revision passes is to mix pages in totally random order and look at single pages to find dull stretches that need polish. I try to make sure each single page has a sparkling bit of humor or lyrical writing or profound emotion upon it. If it doesn’t, the page gets re-worked until something shines.

What is your writing process? Do you write regularly, at certain times, or just when inspiration hits?
I would be waiting a long time if I waited until inspiration stopped by to say hello! I have found that inspiration follows labor. In general, I’m not a disciplined person, so I had to learn to be diligent in my writing. I love writing, so it’s pretty easy to “force” myself to check in for work everyday. I save emailing, FB, blogging, interviews, etc. for afternoons.
Music or Silence?
I am one of the small group of writers who Absolutely. Can’t. Write. When. Music. Is. Playing. I get all caught up listening to the words in songs and I can’t pay attention to the words in my head. I am not physically capable of ignoring lyrics.
How do you develop characters?
The characters show up pretty much completely individuated in my head. I try to listen carefully to catch their different speech patterns and rhythms and make sure I get it down on paper accurately. I use dialogue as a way to both develop and differentiate characters. I like to interview my characters when I’m feeling stuck. I’m frequently surprised by their answers.

I also find it extremely useful to ask a series of questions that I originally found in Cheryl Klein’s excellent book on writing: Second Sight. These are: what does your character love, hate, want, need, and fear? And why? You could do a lot worse than starting out by answering these questions. And if you are a writer of children’s fiction at any level (picture books, early readers, middle grade, young adult) you should do yourself the great kindness of ordering and reading Cheryl’s book.

Is Cidney Swanson your real name?
Sort of. I entered the world as Cynthia Rose, and while “Rose” is a lovely name, by the time I married, I was eager to exchange it simply because people never believed me when I gave them my name. It got sooo old to say, “No, really, that is my last name, not my middle name.” (Now it is my middle name!)

For most of my life, I’ve been known as “Cindy,” but in kindergarten—the magical year in which I fell in love with books—my best friend called me “Cidney” because she couldn’t (or didn’t want to) say my name like everyone else. I’ve always carried “Cidney” close to my heart, and when the time came to put an author name to my books, I knew “Cidney Swanson” was the name I wanted to see in print.

Why YA?
I never stopped reading YA even after I “grew up.” I love stories that are full of action and where the characters change and where there is hope. So much adult fiction is just depressing. I’ve never really enjoyed it. Plus, books were my life when I was young, so I hope to do a teensy bit of paying that forward, you know? I lived inside books as a teen.