For about fifteen years I was airplane phobic. I worked on this fear in several ways because it was important to me our kids could visit their grandparents, who lived 3,000 miles away. Eventually I got past my fears, in part by imagining my flights as “fun,” gradually transferring my love of Star Wars-style space flight to my own flights. Happily, in all those years of flying to grandma’s once or twice a year, we never experienced anything worse than lost luggage.

Skip forward to 2012. I now love flying. I’m still able to recall my fears, and occasionally they rear their ugly hydra heads, but mostly I love it. I write my MARS SERIES, about a girl who loves to pilot. Skip ahead to 2015: I’m ready to fully remember and inhabit my old fears, and I start writing a story about a girl who is so afraid of flying she won’t board a plane. 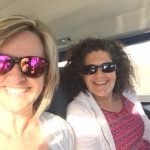 Fast forward to Spring Break 2018. Some awesome friends offer to fly me and Dr. Science (DH) to the Bahamas! Yay! We load and board their little Cessna 310 four-seater in Ft. Pierce, Florida and take off into a beautiful Sunday sky. We’re all wearing headsets, so we hear everything the tower and our pilot friend say. How cool! As we circle orange groves and lakes, up past a thousand feet, then two, then three, I find myself thinking, “Oh my gosh! I get it! I understand why Jessamyn would rather be flying, all day, all the time. Why would you do anything else if you could do this?” (We’ll just chalk up Cidney having thoughts about imaginary people to the fact that writers are a bit … well, you fill in the blank.) 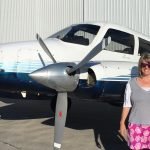 So we’re about to head out over the Atlantic for our quick one hour crossing when the pilot’s wife, seated beside me, points to some brown liquid spewing off the left wing locker. Now, the pilot is a little busy at this point, doing things like checking instruments, contacting the tower, and generally trying to ensure we all live to tell the story. Meanwhile, here’s me: I’m looking out the left window and the prop stops spinning. Stops. Spinning. I don’t know a lot about aerodynamics, but I know that left prop does something something something LIFT something something NOT CRASH.

It takes our friend about ninety seconds to do all the things he needs to do before he finally gets a minute to tell me and Dr. Science that it is perfectly fine to land a plane with only one engine.

Long story short, we make it to the ground just fine. It was reassuring that the tower kept asking us if we would require ground assistance (read: ambulances and fire trucks), but it was WAY more reassuring that our pilot friend kept saying, “No, I think we’ll be fine.”

Now, if I had been able to see into the future back when I was flight-phobic, I would have said to future me: Wow! That must have taken so much courage! And it did. Riding that plane down 4500 feet took a fair bit of my daily supply of courage. I didn’t panic, although my heart was pounding harder than I knew it could pound until our friend reassured us the plane could land despite the propeller, you know, NOT SPINNING. But that was a very passive sort of courage. I didn’t have a choice about being there or not. My “courage” was mostly the courage to sit tight and not panic. 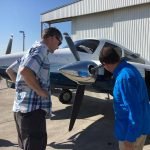 After we returned to the hanger, Dr. Science and our pilot friend went looking for the oil leak, found the oil leak, and did some testing to be sure it was done leaking. And that’s when I really got the chance to, in Shakespeare’s words, “screw my courage to the sticking point.” Did I have it in me to get back inside that Cessna?

I’m grateful to report the answer was yes. I had three hours to keep asking myself if I was sure, but the answer didn’t change. Whatever doubts I may have had about “am I REALLY over my flying phobia?” were pretty much settled that day. I got back on that plane. I buckled in. Put in the headphones—the same ones over which I’d heard the words “oil leak” and “emergency assistance” and the rest of it. I got in and I flew to the Bahamas like a boss.

And the Bahamas themselves?

Within a few hours of arriving I was crying over our anticipated departure. I didn’t want to leave, ever. I took picture after picture, and when I got home I made some jewelry to remind me of the incredible turquoise seas, the astonishing star-filled skies.

If any of you have a “I got back on that horse” story, why not share it below? I’ll enter you for a chance to win the Bahamas pendant. 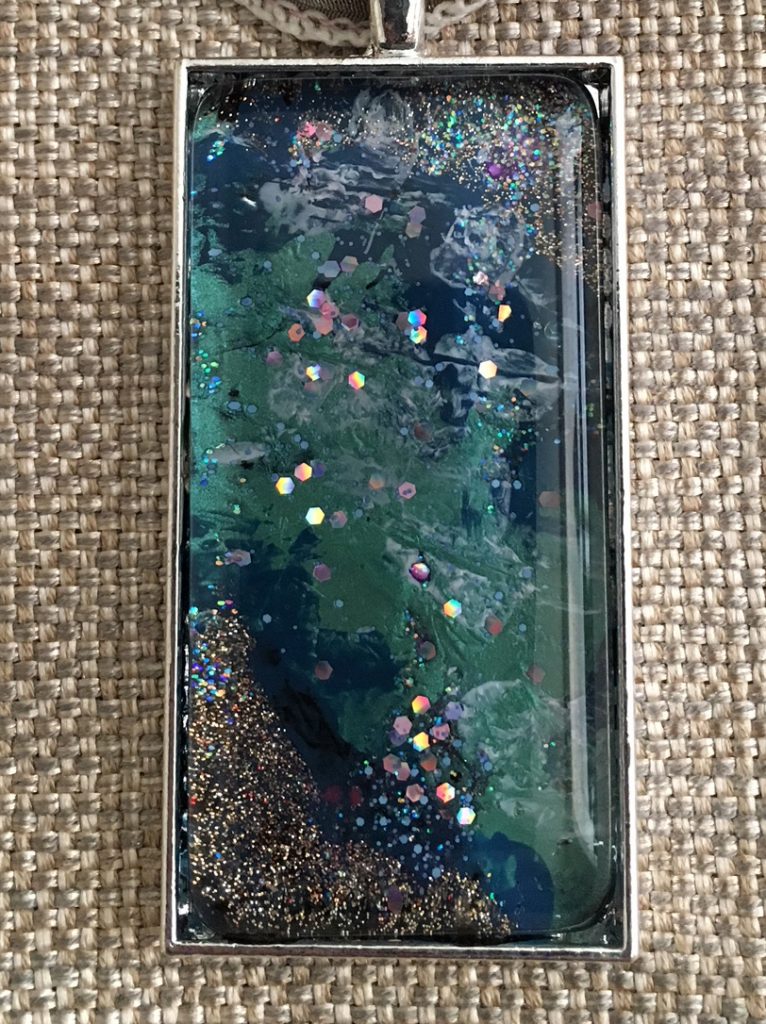 5 Replies to “May the Fourth: Bahama Mama Meets Star Wars”