In the September/October issue of the SCBWI (Society of Children’s Book Writers and Illustrators) Bulletin, there’s an article devoted to an issue faced by all writers choosing a path of self-publishing: What can these authors do to vet their books? The article mentioned two new-to-me paid reviewing services (grubstreetreads.com and blueinkreview.com) and suggested that the use of either service might benefit an author looking for that exterior stamp of approval. 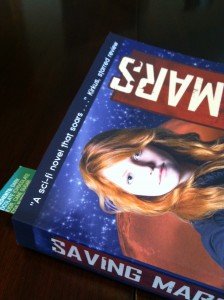 Depending upon where you sit in your self-publishing journey, the $99-575 which such services charge for reviewing can look like a lot of money. For myself, I thought of it as a cost on the order of what I might spend to attend a conference, something I budget for several times a year from my writer income.

While I haven’t used either of those new services, I have used two of the older, more established options. Of the major review publications in the US,  two currently offer reviewing services for self-publishers, and both are available on a for-pay basis only. (They expressly exclude self-published books from being submitted through their non-pay channels which they reserve for publishing houses.) Publishers Weekly offers a $149-199 program and Kirkus Reviews offers a $425-575 program. (Quite comparable to the $99-495 fees for novel-length works in the SCBWI feature.)

Publishers Weekly devotes a supplementary magazine each quarter to self-publishing and includes paid-for reviews in the publication. I have not yet heard back from Publishers Weekly, so my experience with them is incomplete. However, here are some statistics from their last (quarterly) publication devoted to self-published titles. Of the 186 submissions they received, they reviewed 47 in their publication. Of those 47, 7 were starred reviews. What this tells me is that for authors who plunked down $149 (or $199) last quarter, they stood a one in four chance of having their title reviewed and a one in twenty-seven chance of having it receive a starred review.

Kirkus Reviews follows a different setup from PW. Kirkus promises that if you pay, your novel will be reviewed. They make a point of telling you there’s no guarantee of a positive review. The pool of reviewers is the same as the pool used for reviewing traditionally published novels. Kirkus created this service specifically so it would be economically viable for them to be able to review books from indie authors and/or small presses (which are not revenue-generating for them.) Because the review they offer may be negative, they give you the choice of publishing or not publishing the review. The vast majority of self-pubbed reviews are not published. Between their traditional program and their indie program, starred reviews are awarded to about 10% of all books reviewed, but fewer self-published works receive stars than do traditionally published works. (Current count of reviews indie authors who chose to publish their review puts the percentage at right around 5%–keep in mind most indie reviews are not published, so the actual percentage of starred reviews given to indie titles is even lower.)

For me, the experience was a bit terrifying. As soon as I hit the “pay” button for the Kirkus review, I began waffling between the extremes of muttering to myself, “It’s only one person’s opinion,” and, “But it’s Kirkus!” I think that anyone going into this needs to realize that both of those are true. To receive a positive review from Kirkus or any other professional review organization is a significant achievement, but in the end, you have received the opinion of one reader. If you can live with that, for-pay reviewing might be a good option for your self-published title.

Finally, a humorous warning for those who pay for a review with Kirkus and receive a starred review: they will not email you to tell you that your novel has received this distinction. I got my review on the exact day promised. I tried to read it. (This was difficult because all the air in the room seemed to disappear as soon as the pdf opened on my computer screen.) After reading it, I hit the “publish” button. Then I got to see my review looking all nice and shiny on the Kirkus Reviews website. I smiled at it for several minutes before noticing that they’d placed a star just to one side of the title. What did that symbol mean? Was it an asterisk thing-y intended to make me look lower on the page? And then the screaming started. My family rushed into the room to find out what was wrong with me. They saw me gesticulating wildly at the computer. A few inches away from my star was written this phrase: “For Books of Remarkable Merit, Look for the Kirkus Star.”

What do you think about pay-for-review services? Are they useful to you as a reader/author?