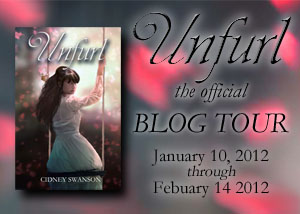 And I’m kicking it off with a BIG BANG! Today, from 12:01AM ’til midnight tonight, RIPPLER will be free at Amazon.com. Yes, that’s right–FREE! Please spread the word! ‘Cause when it’s over at 11:59PST tonight, it’s over. So head over to amzn.to/rippled and for goodness’ sake, tweet to your BFFs about this one.
But Wait! There’s more!

For the next 36 days, I’ll be hopping all over the blog-o-sphere giving interviews, doing guest posts, receiving reviews of Unfurl and giving away over a hundred kindle-copies of my books! Yes, you read that correctly. Thanks to my new best friend Rafflecopter, (see my commercial break below) most of the host sites are doing giveaways of the trilogy. Every day. Yeah. It’s big and I can’t wait.

Since some of you would probably looooooove to win a free kindle set of the whole trilogy, here is a list of where I will be and what day I’ll be there. Sites who opted out of the trilogy giveaway are usually giving away something else, so don’t despair if you don’t see a Rafflecopter. Just read the post/interview/whatever carefully to see what they are giving away!

If you are a blogger who gives things away, and if you haven’t tried Rafflecopter yet, you should. The sites above are using it to do the trilogy giveaways I referenced. So, here. Try it. And maybe you’ll win a cool iPad or Fire onto which you can download, oh, say, a copy of my book(s) that you won on one of the above sites!

It’s time for me to get some sleep so I can check my download numbers all day write tomorrow. And, in case you didn’t already pick up on this: I really hope you win something fabulous!