I rented The Words Friday night, looking for a nice way to ease into a relaxing weekend. I’d done my 2000 words for the day, answered all my emails, tweets, and FB notices. I deserved a nice evening with DH.

Which I did not get. 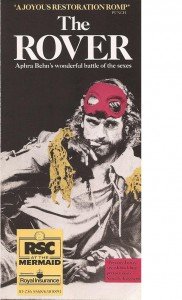 There are some things The Words got right—Jeremy Irons’ portrayal of a curmudgeon is nothing short of brilliant. Ben Barnes does a decent young Jeremy. (I know whereof I speak—I used to watch young Jeremy onstage in merry olde England when he and I were both . . . younger.) The cinematography is really luscious if you dig Paris now and in the late 40’s. And what’s not to like about Bradley Cooper’s brilliantly blue eyes and Zoe Saldana’s lovely brown ones?

Here’s the thing. This is a movie that explores a couple of tropes about artists. About writers in particular. So I’m probably too close to qualify as an ideal viewer. The tropes go something like this: An artist, upon discovering that s/he is not as talented as s/he hoped when confronted by another artist’s more brilliant art-making, decides to pass off brilly-artist’s work as her/his own. The second trope is similar: An artist, after losing a brilliant piece of art and subsequently an important relationship, decides that rather than making more art, it is time to find a less painful occupation. I call them similar tropes because in both cases, an artist decides to stop making art.

Now, I don’t for one minute doubt that either of these things could happen. They could happen. They probably do happen. But why make a movie about writing and spend the entirety chronicling people who DON’T write? Arghh!!! It just made me want to chew nails! Two hours of writers who don’t write—lit with amazing lighting, living in gorgeous spaces, and done with some mighty fine acting to boot. Oh, and a clever three-layers of story like it was a chocolate cake or something.

Basically, I hate stories which perpetuate the idea that writing is about anything other than putting your butt in a chair and WRITING! Because that is what writing is. Butt. Chair. Times 10,000 hours. If you read something which you love so much that you wish you’d written it yourself (like Bradley Cooper’s character), then for goodness’ sake, study how the writer did it! Go to conferences! Read articles and books on craft! Set yourself writing exercises outside of your WIP! Get feedback! Don’t just sit there and stare into the camera with your big, blue eyes!

How ‘bout you? Seen any good movies lately? I could use a recommend for next weekend. Plus, I will send a signed bookmark to anyone whose reco I take! 😀