Welcome to the Spring 2015 YA Scavenger Hunt! – Cidney Swanson 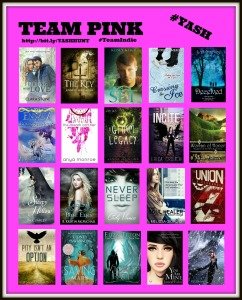 I’m Cidney Swanson and I love Pie, Sunshine, and Big Fat Books! I write YA novels about kick-butt heroines and the boys they (Oops! Spoiler!)

This bi-annual event was first organized by author Colleen Houck to give readers access to exclusive bonus material from new authors and to win awesome prizes! At this hunt, you not only get access to exclusive content from each author, you also get a clue for the hunt. Add up the clues, and you can enter for our prize–one lucky winner will receive one signed book from each author on the hunt in my team! But play fast: this contest (and all the exclusive bonus material) will only be online for 72 hours!

Go to the YA Scavenger Hunt page to find out all about the hunt. There are EIGHT contests going on simultaneously, and you can enter one or all! I am a part of thePINK TEAM–but there are seven other teams!If you’d like to find out more about the hunt, see links to all the authors participating, and see the full list of prizes up for grabs, go to the YA Scavenger Hunt page.

SCAVENGER HUNT PUZZLE
Directions: Below, you’ll find my favorite number. Collect the favorite numbers of all the authors on the Pink Team, and then add them up (don’t worry, you can use a calculator!).
Entry Form: Once you’ve added up all the numbers, make sure you fill out the form here to officially qualify for the grand prize. Only entries that have the correct number will qualify.
Rules: Open internationally, anyone below the age of 18 should have a parent or guardian’s permission to enter. To be eligible for the grand prize, you must submit the completed entry form by April 5, at noon Pacific Time. Entries sent without the correct number or without contact information will not be considered.
SCAVENGER HUNT POST 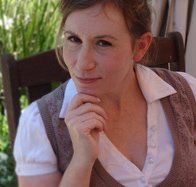 Today, I am hosting Angela Myron on my website for the YA Scavenger Hunt! Angela Myron was born in Vancouver, Canada in 1973. She grew up in the piney forests of southern British Columbia, studying tiny blue bells, dodging hidden cacti, and creating fantasy worlds in her back yard.  Angela studied biology and professional writing at the University of Victoria in Canada and San Francisco State University. She wrote grant proposals for nonprofits, technical manuals for software, and freelance journalism before writing fiction.

Find out more information by checking out the author website or find more about the author’s book here!
EXCLUSIVE CONTENT

When strange accidents start happening around thirteen year-old necromancer Ennara and her friends, she must search for the mysterious stolen artifacts causing the attacks while learning the highest form of magic—the spells that could prevent the fruition of a terrible prophecy.

3 Replies to “Welcome to the Spring 2015 YA Scavenger Hunt!”